The Fat Controller Converts to Atheism is Jackninja5's fifty-eighth YouTube Poop. It was uploaded on October 19, 2014.

Jackninja5 was originally going to make a YouTube Poop making fun of the Islamic State but due to the September 2014 terror raids in Brisbane and Sydney, he decided not to do so. Jackninja5 had pointed that out several times before the upload on the Club Penguin Wiki Chat when the topic came up. 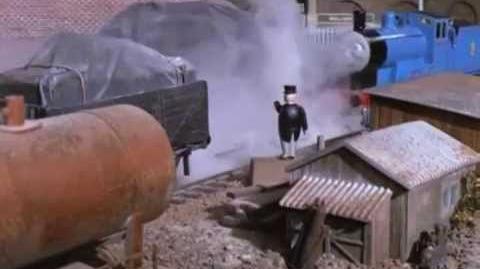 YTP 58 The Fat Controller Converts to Atheism
Add a photo to this gallery
Retrieved from "https://jackninja5.fandom.com/wiki/The_Fat_Controller_Converts_to_Atheism?oldid=6750"
Community content is available under CC-BY-SA unless otherwise noted.